At our office we provide you with the latest in aesthetic, comprehensive restorative and implant dentistry. Read on to find out more details
about our services. 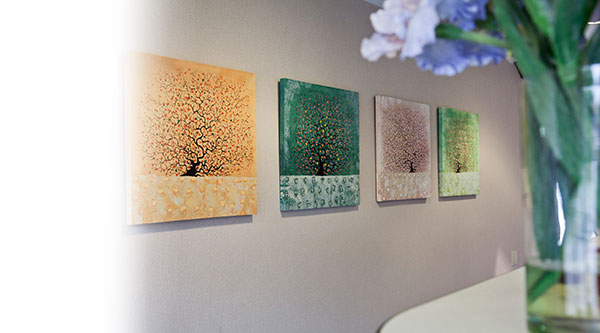 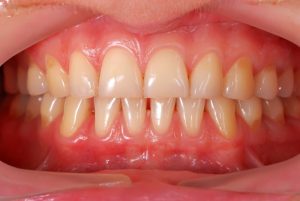 Gum disease is one of the most common chronic diseases not just in the United States, but around the world. This is largely because gum disease is often difficult to catch, even after it’s already entered the early stages. By the time you start to notice symptoms of gum disease, it will have already put the health of your gums at risk. In some cases, these attacks can result in permanent damage to bone and gum tissue.

With the help of a dentist in Richardson, you can be more aware of the symptoms as well as recognize the different stages of gum disease.

What Stages of Gum Disease Exist?

Gingivitis is the earliest stage and is caused by plaque buildup along the gumline. It usually appears as a result of poor oral hygiene, allowing toxins produced by bacteria to irritate the gums. If you notice your gums becoming red, tender and/or bleeding while brushing or flossing, you most likely have gingivitis. The good news is this stage of gum disease is largely reversible with improved at-home care and a professional cleaning from a dentist.

Periodontitis and advanced periodontitis are far more significant because irreversible damage has already occurred. Periodontitis involves the breakdown of the supporting bone and fibers holding teeth in place. It also causes pocket formation in between your teeth and below the gumline, making it easier for food and plaque to get trapped inside your mouth. Once it reaches the advanced stages, the supporting bone and fibers are permanently destroyed, causing your teeth to shift, loosen and eventually fall out.

What are the Common Symptoms?

Gum disease is most common in adults, so older individuals should take note of the common symptoms before it has a chance to cause permanent damage. Each stage has it’s own unique traits that a dentist can recognize, but those who experience any of the following should be seeking treatment.

Gingivitis is largely treatable and reversible, but periodontitis and its advanced form require far more treatment. To treat these advanced stages of gum disease, dentists perform a procedure known as scaling and root planing. Scaling removes plaque from below and above the gumline, while root planing smooths out the tooth roots to promote reattachment. Both are proven to reduce the effects of gum disease. The dentist may also apply an antibacterial aid to encourage tissue growth and prevent future plaque buildup.

The best way to confirm the status of your gum tissue is to schedule an appointment with a dentist. They’ll get you on the right track and prevent your condition from worsening!

The dentists and team members at McDougal and Richards Dentistry not only provide periodontal therapy, but only use the most cutting-edge technology to do so. Laser periodontal therapy removes damaged tissue more effectively while simultaneously reducing healing time. To learn more about this technology and get your gum disease treated, you can contact the practice through its website.

Sorry, the comment form is closed at this time.